When You Come From Nothing, Anything Is Possible: How I Was Able To Live ‘The Dream’

Six years ago today, I signed my first book publishing deal to write “The Dream,” a memoir of my life journey of coming to America, dropping out of high school and founding two companies worth $340 million by the age of 25. Since then, I’ve continued my love for entrepreneurship and have grown my third company, RadiumOne, into my largest success thus far. At the right time, I hope to write my second book with even greater lessons that our future generation’s entrepreneurs could benefit from.

Writing “The Dream” was one of the most humbling and therapeutic experiences I’ve had – it was my way of sharing an unorthodox path to entrepreneurship. From day one, my goal was simple — if I could at least inspire one person, my mission would be accomplished. To my surprise, the book took a life of its own; it became an international best-seller, was translated in multiple languages, was even listed as required reading at some of the largest universities across the globe and was also featured in my interview with Oprah.

If you haven’t had a chance to read “The Dream” — I did want to share a portion of my last chapter in which I summarized the 28 most important lessons that will still resonate with every entrepreneur. 1. Listen to your heart. We tend to do well at things we love, so find something you love — or learn to love what you’re doing.

2. Forget noble motivations. Success comes from wanting to win, so you’ve got to want it bad — you really need that killer instinct. At the end of the day, no matter what they say, it’s not about how you play the game, but about winning. As American football coach Vince Lombardi reportedly said: “Winning isn’t everything. It’s the only thing.”

3. Adjust your attitude. Without the right attitude, you’ll never succeed. You have to believe in yourself, often to the point of madness, because until you prove yourself, the only people who believe in you are your mom and dad (if you’re lucky). If you have any doubts, get out now.

4. Figure out what you’re good at. Very few of us are gifted, so we need to work with the gifts we have. If you’re 5’2″ and you love basketball, let me be the first to tell you: It’s probably not going to happen. (But don’t let me stop you.)

5. Trust your gut. We are complicated creatures. That inexplicable feeling you get sometimes — well, it tends to be right a lot more often than it is wrong. Try not to overanalyze it. Some mysterious Inner You is trying to help by pointing you in the right direction.

6. Do your homework. Before you start anything, make sure you know exactly what you’re getting into. Ignorance is dangerous. What you don’t know, can and will hurt you.

7. Be frugal. The only person you need to impress is yourself, and you’ll be impressed by success, not by a sleek office with Giorgio Armani couches. It boils down to need versus luxury, and a fancy office isn’t going to improve your performance.

8. When it comes to staffing your company, however, don’t be frugal. Find the right people for the right jobs, and pay them what they’re worth. We all love and need rock stars.

9. Hire the smartest people you can find. Smart people make beautiful music together. Lots of smart people, working in unison, can have the force and power of a Beethoven symphony.

10. Don’t expect perfection from yourself or others, but never stop striving for it, and try to inspire others to strive for it too.

11. Learn to listen. Everyone has an opinion, and everyone is entitled to an opinion, and even wrong-headed opinions can open your eyes to things you might otherwise have missed. So listen, even to the people you disagree with — and maybe to them more than the others. Then process what you’ve heard and have the courage of your convictions.

12. Own your mistakes. At the end of the day, every decision you make, even if it was inspired by misguided advice, is your decision. Nobody wins when you start looking for someone to blame. Let it go. Keep moving. Forward movement is everything.

13. Never compromise your morality. We all need to live by a moral code.

14. Never lose sight of the competition. While you’re playing, someone else is working and catching up, so learn to play with one eye on the competition. You’re not going to be on top forever.

15. Watch your back. Somebody should make a T-shirt that says: “For every back, there is a knife.”

16. Don’t procrastinate. Procrastination is just another word for wanting to fail. If you’re not hungry enough, if you’re too lazy to move forward, you’re never going to get anywhere.

17. Don’t do anything by half-measures. Remember: Mediocrity is for losers.

18. And speaking of which, take the advice of that late great comedian, Jimmy Durante: “Be nice to people on the way up because you will probably meet them on the way down.”

19. Always negotiate from a position of strength. If you need something from the other guy, you’ve already lost. People want what they can’t have. Become the thing people want. 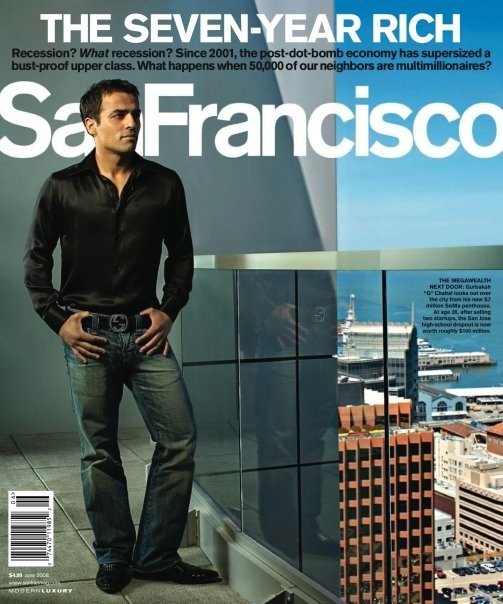 20. Expect the unexpected. If you’re ready for anything, you’ll still be unpleasantly surprised — but at least you’ll get through it.

23. Be fearless. The road to success is paved with failures. If you’re afraid to fail, you’ll never succeed.

24. Pick your battles. The fighting never really ends. Don’t let the meaningless skirmishes sap your strength; you’re in this to win the war.

25. Grow a thick skin — a very thick skin. People will question your ability to succeed, and the loudest among them might make you doubt your own talents, so you’ll need a thick skin to drown out the noise. The silence will help you focus on your objective, and you will prevail.

27. When you commit, you really have to commit. Become unstoppable. And don’t quit. As Chinese philosopher Lao Tzu put it, “A journey of a thousand miles begins with a single step.”

You will have bad days. There will be setbacks. You will have more than your fair share of failures. But at the end of the day, you pick yourself up and keep going. That’s the big secret of life.

You fall down, you get up.

I know this to be true because it worked for me, and I’m just a guy like everybody else.

And that’s what “The Dream” is all about. It’s about reaching for the top without ever compromising your morals. Do the work. Keep your eye on the tiger. Fight like hell. Defy the odds. It’s worth it. Some people think success is the best revenge, and they may be right, but for me it’s much simpler than that:

Success is its own reward.

As appear on Elite Daily